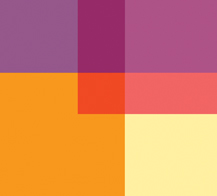 Pain: from Fetus to Old Age 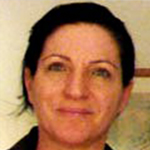 Prof. Anna Maria Aloisi was born in Montalcino (Siena), Italy, in 1960, took the degree in Medicine at Siena University in 1985 and spent all her academic career in the Institute of Human Physiology at the University of Siena. Her research activity is characterized by a continuous interaction with many national and international groups and was focused on the study of pain mechanisms with particular attention on the sex differences in the pain-induced responses and on the role of gonadal hormone-induced effects in pain mechanisms in humans and rodents. Her further interest is on the role of the limbic system in behavior. 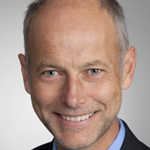 Lars Arendt-Nielsen has been engaged in pain research, pain education, and pain policy for more than 30 years and worked at various institutions around the world. Founder and director of Center for Sensory-Motor Interaction, Aalborg University, Denmark, with 80+ researchers and Ph.D. students employed. Published more than 900 peer-reviewed papers on translational, experimental, and clinical pain research. Collaborating with over 20 pain research centers and clinics around the world. A keen interest has been to support pain patient organizations in their efforts to help their members to be recognized by political and health care systems. Knighted by the Danish Queen for the contribution to science. 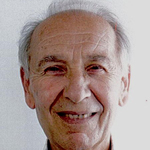 Prof. Giancarlo Carli was born near Siena, Italy in 1938. He received his MD Degree from Siena University (1962) and was postdoctoral fellow both at Siena (Prof. Alberto Zanchetti) and Pisa (Prof. Giuseppe Moruzzi) Universities and at Johns Hopkins University (Baltimore, Maryland, USA, Prof Vernon B. Mountcastle). He developed his academic carrier in Siena first as associate (1971) and then as full Professor (1981). He served as Chairman of the Institute of Human Physiology (1974-2002) and as Chairman of the Department of Physiology (2008-2010). He is an expert on the effects of persistent pain on animal behavior and on chronic pain in fibromyalgia patients. 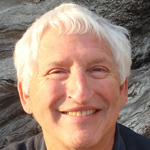 Dept of Cell and Developmental Biology
The Hebrew Univ. of Jerusalem
Jerusalem, Israel

Marshall Devor was born in Toronto, Canada in 1949. His AB and PhD degrees were from Princeton University (1970) and MIT (1975). He was a postdoctoral fellow with the pain research pioneer Prof. P.D. Wall at University College London and later at the Hebrew University of Jerusalem, Israel (HUJI). He joined the HUJI faculty as Research Associate in 1977 and rose to the rank of Professor in 1988. He served as Department Chairman (3 terms) and in a number of other University, national and international roles. He has contributed considerably to the understanding of the physiological basis of neuropathic pain and more recently to mechanisms involved in loss of consciousness and pain-free surgery. 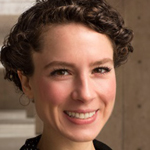 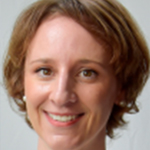 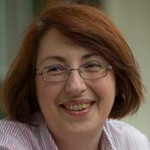 Professor Christina Liossi is a Chair in Paediatric Psychology at the University of Southampton and an Honorary Consultant Paediatric Psychologist, at the Paediatric Chronic Pain Clinic, Great Ormond Street Hospital for Children NHS Trust, London. Christina has worked as an academic and clinician in the UK and abroad and has cared for children with various chronic medical conditions including cancer, cystic fibrosis, chronic kidney disease, epidermolysis bullosa, and sickle cell disease. Christina is a world experts in paediatric pain. Her research and clinical practice dovetail and focus on three intertwined themes:
- The cognitive and affective neuroscience of pain- in particular, the emotional modulation of attention in chronic pain.
- The development of theory driven psychological interventions for the management of acute and chronic pain in young people-currently cognitive bias modification training.
- The evaluation of the efficacy and effectiveness of psychological interventions in young people’s pain management-specifically cognitive-behavioural interventions, delivery of psychological treatment via the Internet, parent/family factors.
Christina’s randomized controlled clinical trials have been critical to the establishment of hypnosis as an evidenced-based intervention in the care of children with cancer. Christina has contributed to national and international evidence-based guidelines on acute and chronic paediatric pain, pain in epidermolysis bullosa and sedation in children. She is currently member of the Pain and Palliative Care Clinical Studies Group for Medicines for Children Research Network (MCRN). Christina has written a book on procedurerelated cancer pain in children, and is a content author on the e-PAIN project http://www.e-lfh.org.uk/programmes/pain-management/ 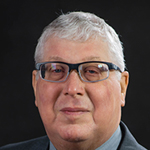 William Maixner received his PhD and DDS degrees from the University of Iowa, where he also completed a 2-year Fellowship before being appointed Staff Fellow and Pharmacology Research Associate at the NIH. He joined the Dental School faculty at the University of North Carolina-Chapel Hill in 1985, rising through the academic ranks from Assistant Professor to Distinguished University Professor and serving as Associate Dean for Academic Affairs from 1999-2005, when he was named Director of the Center for Pain Research and Innovation. He joined Duke University in January 2016 as Director of the Center for Translational Pain Medicine, Department of Anesthesiology. An expert in the pain field, Dr. Maixner has published widely in basic pain mechanisms, neuronal pain coding properties, pharmacology of opioids, gender differences in pain perception, and human pain genetics. His Duke program focuses on translating laboratory and clinical findings into novel diagnostics and therapeutics to prevent or alleviate chronic pain. 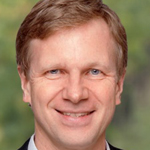 Jürgen Sandkühler is a physician and a neuroscientist. After visiting the Medical Schools at Heidelberg and at Freiburg (both in Germany) he did his Ph.D. in Physiology at the University of Heidelberg. For two years he was a visiting scientist at the University of Iowa (with Jerry Gebhart) and at the Iowa State University (with Mirjana Randic). He is now director of the Center for Brain Research, Medical University of Vienna, Vienna Austria. 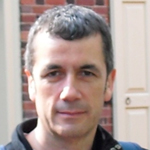 Dr Jordi Serra received his medical degree from the Universitat de Barcelona and completed his residency in Neurology at Hospital de Bellvitge, Barcelona, in 1992. He spent three years as a postdoctoral fellow at the Neuromuscular Unit of Good Samaritan Hospital and Oregon Health Sciences University in Portland, Oregon, USA, where he specialized in the study, diagnosis, and treatment of neuropathic pain patients. Dr Serra has authored many scientific journal articles, and book chapters. Dr Serra has produced pioneering work on the recording of abnormal activity in pain fibers using microneurography, both in animals and in neuropathic pain patients. Dr. Serra serves as Consultant in Clinical Neurophysiology at King’s College Hospital in London. 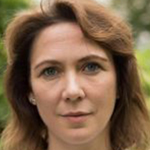 Rebeccah Slater is an Associate Professor of Paediatric Neuroimaging at the University of Oxford and Senior Wellcome Trust Research Fellow. Rebeccah studied Physics (BSc) at Imperial College and Neuroscience (MSc) at UCL, and in 2007 was awarded her PhD at UCL under the supervision of Prof Maria Fitzgerald. Since 2012 she has lead The Paediatric and Infant Pain & Anaesthesia (PiPA) research group, which focuses on understanding the mechanisms that underlie the development of pain perception in the human infant. She uses a range of non-invasive brain imaging tools to explore the development of pain perception in the human nervous system, and conducts Randomised Controlled Trials to improve analgesic provision in hospitalised infants. 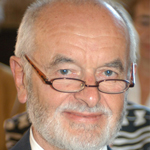 Manfred Zimmermann is an Emeritus Professor of Physiology and Neuroscience at the University of Heidelberg, Germany. Following studies of physics and biophysics Manfred received degrees of Dr.-Ing. (1965) and Dr. med. habil. (1969) at the Universities of Karlsruhe and Heidelberg. In 1973 he became a Professor of Physiology at Heidelberg University. He was Visiting Professor at Monash University (Australia), Wuhan Medical University (China) and Siena University (Italy). His research was on the neurophysiology of nociception, with a focus on descending inhibition from the midbrain onto spinal afferent processing, and the association of neuronal gene transcription with pain, regeneration and apoptosis in the CNS. In 1973 Manfred was a founding member of IASP, and served as IASP Councilor and Chairman of the Committee for Ethical Issues. In 1975 he was a founder of the German Pain Society and served as its President from 1982 to 1996. In 1993 he was founding member of EFIC and served as the President from 1996 to 1999. During his term EFIC had its first presentation to the European Parliament in 1998. 1975-2003 Zimmermann was founder and Chief Editor of Neuroscience Letters, and 1987-1992 founding Editor of “Der Schmerz”, the German Pain Journal. From 1984 Zimmermann was an initiator of pain therapy as a medical specialty in Germany, which was finally legalized by the Medical Board in 1996.